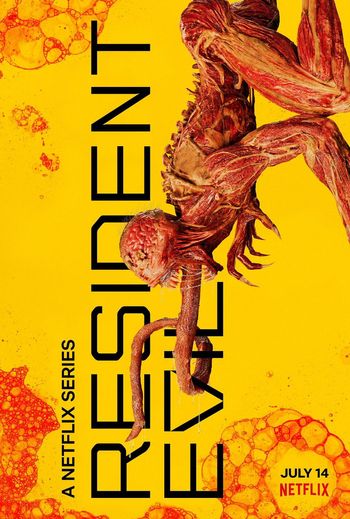 Story: The story takes place over two timelines. The first of which involves 14 year old sisters Jade and Billie Wesker moving to New Raccoon City. They come to realise that their father may be concealing dark secrets that could destroy the world. The second timeline takes place over a decade in the future, where only 15 million humans remain, with over 6 billion animals and people being infected with the T-virus. It follows Jade, now thirty, in her efforts to survive in this world.

As a long time Resident Evil fan since the early games I’ve seen a lot lot of trash over the years based on the RE franchise. This is BY FAR the most egregious cash grab using the “resident evil” name I’ve witnessed to date. There is absolutely no tie in with the games, or characters from the games at all. The story takes place in 2036 with a cast of 20-somethings of mostly multi-race origin (which is fair enough since they filmed it south africa) but has nothing to do with any existing RE storyline. The writers are clearly trying to preempt the yet-to-be released HBO series based on The Last of Us which clearly looks to be better funded and written, and which would be fine if they hadn’t used the RE name to make me watch this garbage teen drama. Oh, and there’s a character called Billy Wesker.